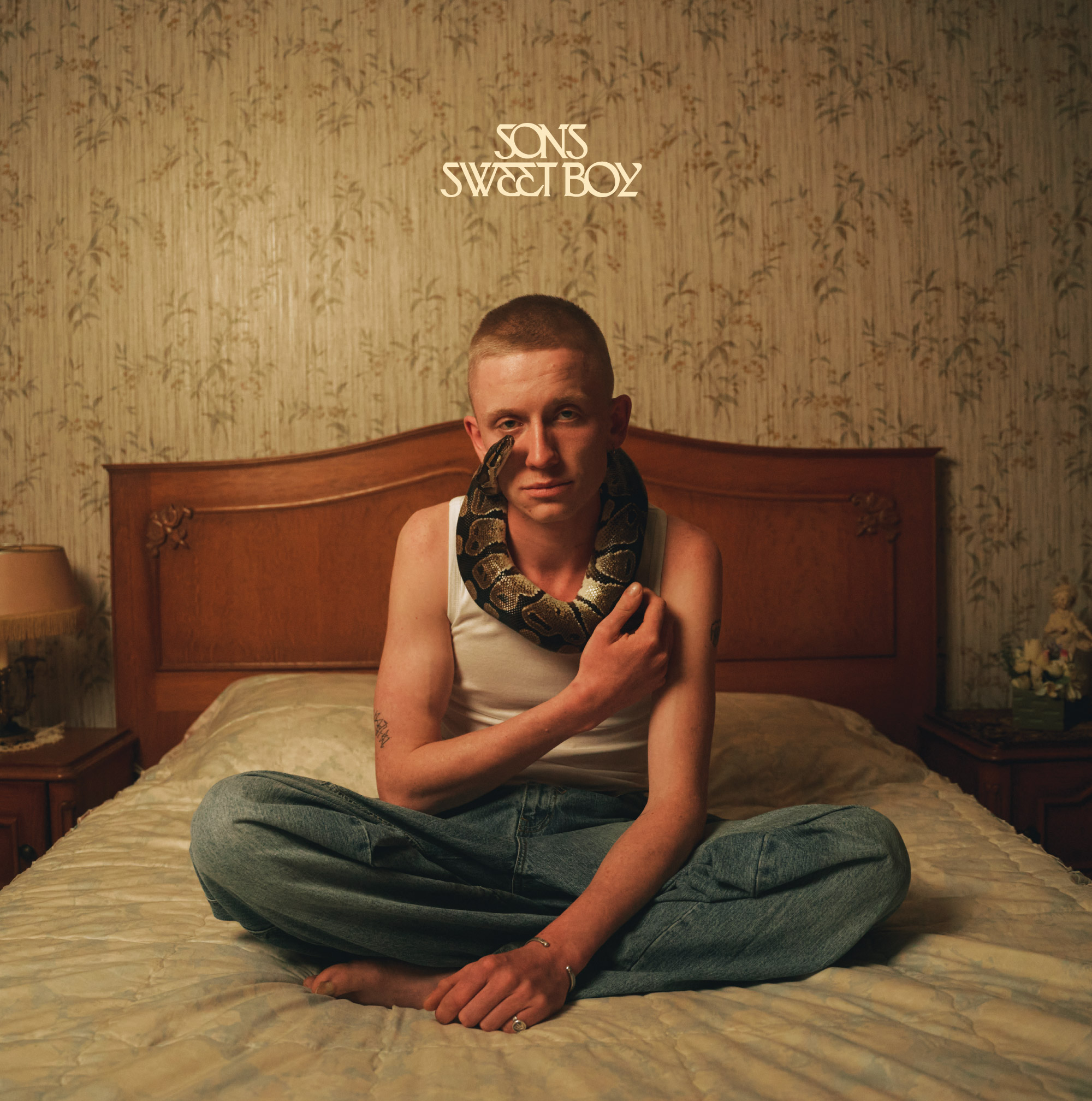 ‍2019. ‘Family Dinner’ is released. A debut album full of sledgehammer songs and fast- paced guitars. The world is at their feet. The budding band SONS is making a name for itself nationally and internationally as it leaves a trail of ‘what the hell was that?’ behind. Explosive energy rips the air apart. They are burning hearts into the souls of their fans.

‍2021. The gentlemen from Melsele (North of Flanders, near Antwerp) have already clocked up quite a few kilometres. The boyish swagger of yesteryear is gradually giving way to a rather more contemplative approach. With ‘Sweet Boy’, the band is releasing an – in its own words - ‘coming of age’ record. A balancing act of a band that threw itself headfirst into the rock ‘n roll mayhem and now have to rhyme getting older and getting settled with their wild hope & dreams of the ragged rockstar life.

Whether to conform? A house-with-garden-and-child, a good job and having to run faster and faster on the rat-race treadmill? Or to go against the flow and stubbornly follow your own path, with a heart that almost goes into overdrive with every new riff, every new musical foray? Existential questions determine the tone of the record. As in ‘Succeed’, the opener of ‘Sweet Boy’. What do you feel when you still have one foot lashed down in a boyish harness, and the other foot is already pressing the accelerator of your first company car? And what do you do when your mental resilience is outweighed by the lofty expectations of society, your family and your friends? In the case of SONS, it led to a serious identity crisis. A sweet boy with a panic attack. A good boy? I’m too young for that. Or perhaps not? The title track ‘Sweet Boy’ depicts that mental sparring with reality very nicely. Immediate, gnarly punk rock.

Abundant energy
These are strange times. Empty days. This did not lead to inertia for SONS. On the contrary. With ‘Sweet Boy’, the band delivers an album that builds on the foundations of their debut and adds at least 4 more storeys. Solid garage punk, anchored in the American West Coast tradition, pedal to the metal while looking to the future. Echoes ofcontemporary post-punk, nineties guitars and a touch of psychedelia. But above all: conviction.

‍“Not being able to play has a major impact on who we are, as people and as musicians. It’s as if reality took a bite out of our identity and we had to rethink how music defines us. The silence has highlighted the necessity of making music. What did we miss the most? The live energy, going wild, playing and the catharsis after having given it our all.”

‍The band approached the Australian producer/mixer Michael Badger-Taweel, known for his work for King Gizzard & The Lizard Wizard, to mix the record. It became a remote collaboration, together with and in the studio of Damien Verhasselt, drummer with Belgian cult band Millionaire. The travel restrictions prevented SONS from travelling back and forth Down Under. No worries, mate. Badger-Taweel gave up his sleep to follow what SONS was working on via his screen. It was also a unique collaboration with a producer who, like a kind of all-seeing god, could keep an eye on everything.

‍“With Damien, there was an immediate connection. He enabled us to see our songs with fresh eyes. The melodies were almost all fixed. Above all, Damien has influenced the atmosphere and the rhythms of the songs. A particularly good collaboration. His approach has taken our songs to the next level.”

‍Wake up calls
And as with any album, ‘Sweet Boy’ is also a snapshot. The fact that bitter reality came into very close contact with the world of SONS is reflected, for example, in the song ‘L.O.V.E.’, which condemns homophobic violence. A song that came about after a young man was murdered by a couple of gay bashers on the rampage, notably in a place where SONS often used to hang out themselves when they were younger.

‍“That incident really hit home. That was a real sledgehammer, especially as it happened in a place that we associate with youthful innocence. Harsh reality intruded like a cold hand on our necks. ‘L.O.V.E.’ is the direct result of that.”

‍Nothing says it all
‘Nothing’, the first single, is classic SONS; solid post-punk to snap your neck with an insanely catchy chorus.‘Sweet Boy’ is a manifesto from a band that wants to challenge the world and itself. No holds barred, pedal to the freakin’ metal!